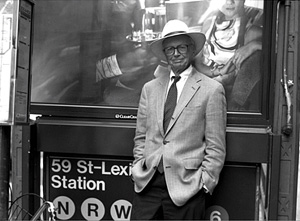 William Zinsser, a fourth-generation New Yorker, at a subway station near his former office in mid-Manhattan.

William Zinsser at the house in Connecticut where he wrote "On Writing Well" in the summer of 1974.